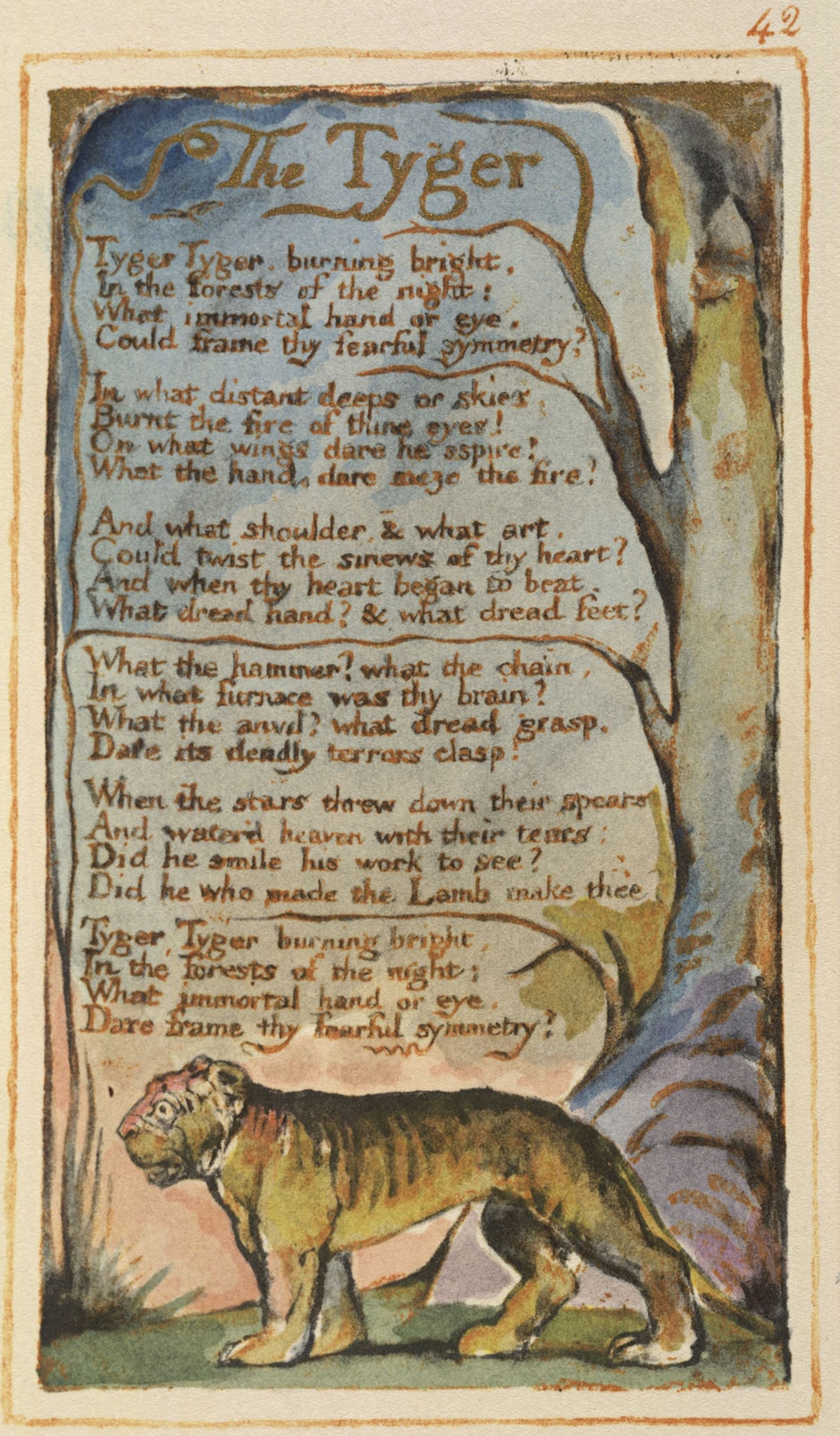 The Tyger is probably the most famous of Blake’s poems and justifiably so. It is a magical distillation of Blake’s major themes and metaphysics in a short poem of six, four line stanzas with a miraculous melding of form and content. It is in my opinion, the one poem in English literature that comes closest to achieving absolute perfection.

At the time of writing tigers would still have possessed a near mythical status. It is possible that Blake may have seen…