I. ”Water nourishes and soothes us. But this same stuff also carved the Grand Canyon out of solid rock over the course of millennia, and every day thunders down with unimaginable fury at Niagara an…

“Perseus and Andromeda” by Gustave Moreau. 1869.

Andromedawas the beautiful daughter of King Cepheus and Queen Cassiopeia of  Joppa in Palestine (called Ethiopia).

Cassiopeia had offendedthe Nereids by boasting that Andromeda was more beautiful than they, so in revenge Poseidon sent a sea monster called Cetus to ravage Cepheus’ kingdom as divine punishment.

Since only Andromeda’s sacrifice would appease the gods, she was chained to a rock and left to be devoured by the monster.

As he was riding the winged horse, Pegasus over Africa in his return home, he encountered the Titan Atlas, who challenged him.

In their confrontation, Perseus used Medusa’s head to turn the Titan into stone.

Later on, he came across the beautiful chained Andromeda, and as he did, he approached Cetus while being invisible (because he was wearingHades’s helm, which… 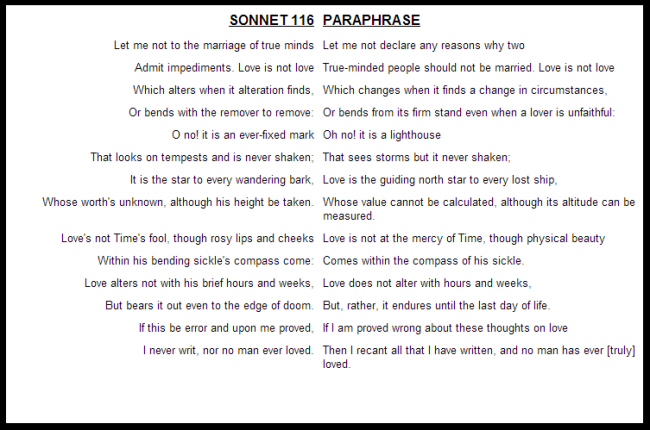 ♠William Shakespeare: “Sonnet 116”:  “Let me not to the marriage of true minds”:

Shakespeare´s Sonnet 116  was first published in 1609. Its structure and form are a typical example of the Shakespearean Sonnet

The poet begins by stating he should not stand in the way of true love. Love cannot be true if it changes for any reason. Love is supposed to be constant, through any difficulties. In the sixth line, a nautical reference is made, alluding that love is much like the north star to sailors. Love should also not fade with time; instead, true love lasts forever.

This sonnet attempts to define love, by telling both what it is and is not. In the…

William Wordsworth: “I Wandered Lonely as a Cloud” / “Daffodils”:

When all at once I saw a crowd, A host, of golden daffodils/Beside the lake, beneath the trees,
Fluttering and dancing in the breeze/Continuous as the stars that shine/And twinkle on the Milky Way,

They stretch’d in never-ending line/Along the margin of a bay: Ten thousand saw I at a glance,
Tossing their heads in sprightly dance./The waves beside them danced; but they Out-did the sparkling waves in glee: A poet could not but be gay, In such a jocund company: I gazed — and gazed — but little thought/ What wealth the show to me had brought: or oft, when on my couch I lie/ In vacant or in pensive mood, They flash upon that inward eye…Which is the bliss of solitude;

“The Tree of Forgiveness.” by Edward Burne-Jones. 19th century. 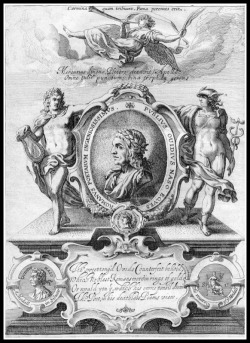 In my previous post, I have mentioned Ovid´s book “Metamorphoses”as a key source of Greek Mythology.

“Metamorphoses” is a narrative poem in fifteen books by the Roman poet Ovid, completed in 8 CE.

It is a “mock-epic” poem, written in dactylic hexameter, the form of the great epic poems of the ancient tradition, such as “The Iliad” and  “The Odyssey.

This poem describes the creation and history of the world, incorporating many classical myths.

Love and hubris are main topics in Ovid´s “Metamorphoses”.
Unlike the predominantly romantic notions of Love, Ovid considered love more as a dangerous, destabilizing force.
However, there is an explanation for this attitude: during the reign of Augustus, the Roman emperor during Ovid’s time, major attempts were made to regulate morality by creating legal and illegal forms of love, by encouraging marriage…

Anonymousdear Mrs. N., 5 October 1939If there hadn’t been such a throng of things lately I surely would have written to you long ago. It is a curious thing that the closer people are to very …

Source: Carl Jung: Hitler himself (from what I heard) is more than half crazy.

Stories from the Museum Floor

Today’s special edition post is by Becca from the Visitor Team at Manchester Museum. We are each sharing our passion and  interest in the museum and its objects … and Becca has a special interest in Halloween!

And to find out more about ancient Egypt, have a look at the Curator’s blog, Egypt at the Manchester Museum.

Halloween Special: So … why Mummies?

Well what passes for summer is gone and winter is most definitely coming, but before everyone gets the advent calendars out, let’s talk about my favourite time of the year …

Yup you guessed it, Halloween!

We’ve got sweets, themed parties, costumes, and my personal favourite, scary films. Now then, prizes will be given for guessing my favourite movie monster (and if you’ve read my other blog posts you probably know where this is going). If you were sat reading this thinking mummies, then very well done…

Today’s special edition post is by Becca from the Visitor Team at Manchester Museum. We are each sharing our passion and  interest in the museum and its objects … and Becca has a specia…

Source: Halloween Special: So … why Mummies?