I have never felt hungry, that is probably whyIcould never appreciate the value of food,i have never faced the dearth of bread and that is probably why I could never understand a farmers significance. 641402514 or approximately 64 crore people are dependent on agriculture in India, who in winters chill or summer’s heat, work tirelessly so that we can eat. But we fail to understand the story behind their pain and sorrow. They are the only beings in our economy who buy everything at retail, sell everything at wholesale, and ultimately suffer both ways.

Farmers face problems in every phase of life, may it betrying to procure new technology, fighting famines and trying their best to irrigate their fields or acquiring loans at very high interest rates and falling into a debt trap as they have low incomes but high costs of cultivation .According to statistics about 50 per cent…

Source: The Swelling Sound of Beauty Arriving: The Writing of Elena Ferrante 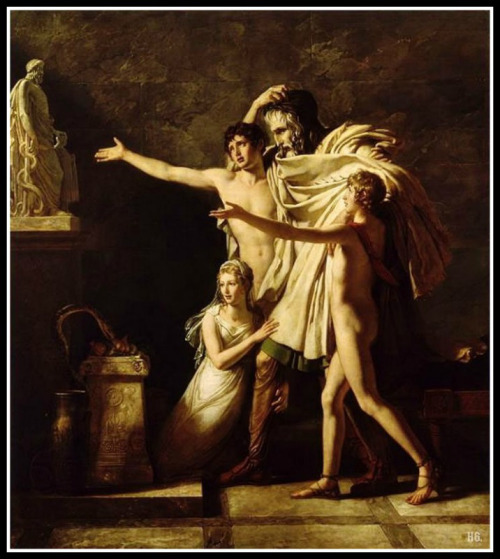 “The Offering to Asclepius” by Pierre Narcisse Guerin (1803).

“Gentle Asclepius, that craftsman of new health for weary limbs and banisher of pain, the godlike healer of all mortal sickness”.

Asclepius (Roman equivalent: Aesculapius) was the son of Apollo and a mortal woman named Coronis.

While Coronis was with Apollo, she became enamoured with Ischys, an Arcadian, and Apollo was informed of this by a raven, which he had set to watch her, or, according to Pindar, by his own prophetic powers.

Apollo sent his own sister, Artemis to kill Coronis. Presumably, Artemis destroyed Coronis in her own house at Lacereia in Thessaly.

According to Ovid, it was Apollo himself who killed Coronis and Ischys.

When the body of Coronis was to be burnt, Apollo, or, according to others Hermes, the messenger of the Gods… 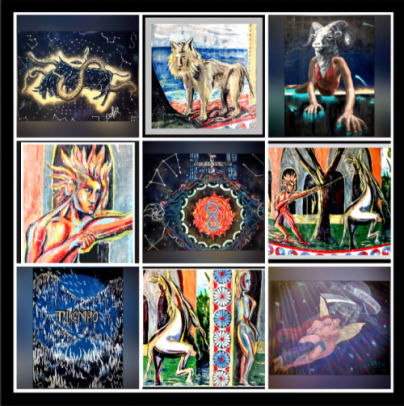 The following article is composed of two sections, each one of them including murals from Argentina and Canada, respectively. This post aims to analyze with a with a free, but still judiciously, well-founded criteria how certain mythological greek themes and characters might be recurrent, despite time and even against it.

As Resa and I found some graffitis which seemed to have mythological and even philosophical equivalents we decided we wanted to try to show those connections. Resa´s mural is from the University of Toronto (Toronto, Canada) whilst mine are from The Planetarium (Palermo, Buenos Aires, Argentina). With that being said, we just wanted to say that, after finding many similarities, we are quite pleased with the outcome. Both of, Resa and I believe the convergences are striking. And being so, they broaden and deepen the…

#Monday April 17 2017 I read this interesting article (about this man that is paying big money to have his head be plugged unto a younger body of someone else once his body gets older. This technology is old as shown on this video.

But there are several questions that need to be asked about this.

As we all know, we all have 7 chakras…So if he would only have his 3rd eye chakra, his crown, and his throat chakra, what about all the ones below?

This is an extremely interesting topic because whoever studies the metaphysics has heard that the heart IS the first brain where all our memories and experiance are stored.

The heart that gets weighed after death on the scales of Ma’at against a feather. And that judgement…

It was a sane madness
a dress
a wallpaper

Have We Had Help?

I was born in London. One of the great world cities. When I was born, the last war had only been over for a bit more than six years, and relatives were still fighting, this time in Korea. Times were hard, and life was simple. The TV had one channel, and we still listened to shows on the radio. Cinema was the great escape from cold rooms, smog, and harsh winters. Most of my family lived within a short walk. We were always in and out of each other’s houses, and congregated at my maternal grandmother’s house. Despite the unenviable lot of women back then, it was undoubtedly a matriarchal society, as far as I could tell.

That area of South London was close to the docks. Close enough to see the superstructure of the…