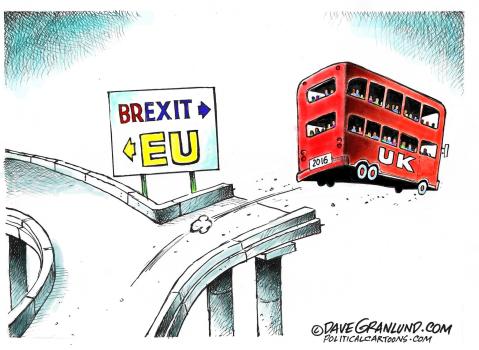 A 54-year-old woman from the north of England has expressed her dismay after the commemorative Brexit tea towel she had bought just days earlier fell to bits in the washing machine during its maiden wash.

Amanda Dann, a housewife and mother of two from Leeds, told the Yorkshire Post newspaper: “I was gutted when my Brexit tea towel fell to bits.

“It was a really nice one too with pictures of Nigel Farage and British bulldogs on it.

“It wasn’t cheap either. I paid fifty pounds for it from an online company called, The White Crusaders.co.uk.

“They told me that half the money would be given to a pressure group dedicated to driving all the blacks into the sea.

“I can only assume it was made abroad. Probably Africa or one of those other EU countries.”