The 40 illustrations of the Sapientia Veterum Philosophorum are among the finest and most striking of later (18th Century) alchemical art. Stanislas Klossowski De Rola, Balthus son and resident occult adviser to the Chelsea set in Swinging London, notes that it deserves to be seen in full, however I am unfortunately only able to present a limited number of images.

Reducing the royal art to only essential imagery, (glass vessel, dove, lion, rain, sun and moon), Sapientia shows the process of conjuration and separation of the elements in the ascent and descent of the dove, which occurs seven times in the manuscript. This transmigration of matter where the fixed is rendered volatile and the volatile fixed result in the so-called eagles, of which seven precede the exaltation of the Quintessence. 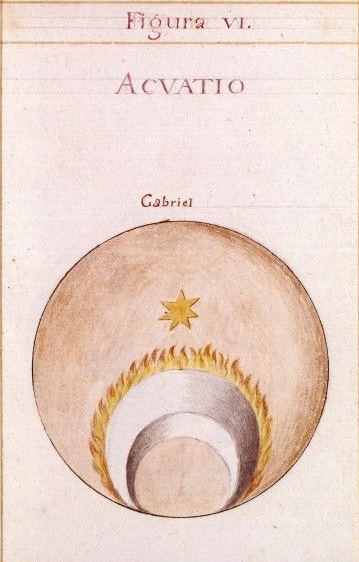