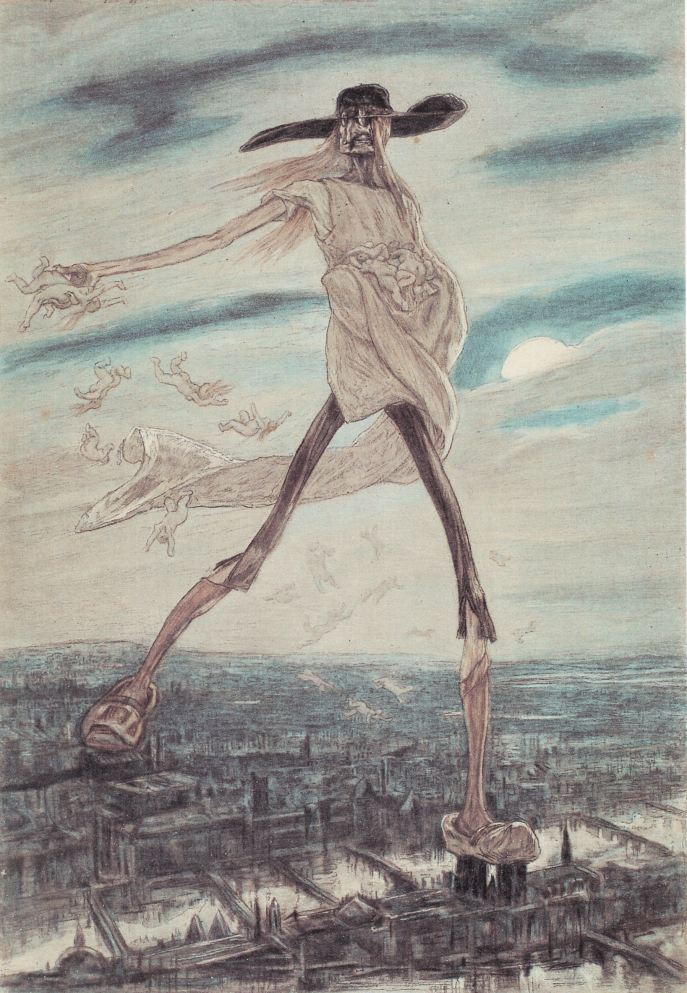 One of the most glaring omissions from Breton’s Anthologie de l’ humour noir is of  the symbolist writer Leon Bloy. Bloy’s scathing, vitriolic assaults on the bourgeoisie are certainly fine examples of black humour. His highly idiosyncratic, reactionary Catholicism is diametrically opposed to the Surrealist militant left-wing atheism, however the similarly politically inclined decadent writers J.K Huysmans and Villers de L’isle-Adam are both included. Maybe the absence of Bloy has more to do with his personality, he had an enormous talent  for making enemies. By the end of his impoverished life he had managed to fall out with everyone in the Parisian literary world, former friends especially, and had earned the nickname The Ungrateful Beggar for his constant written requests for money.

The following story by Leon Bloy was much admired by Borges who positions it as one of the few precedents of Kafka. Translation is my own.